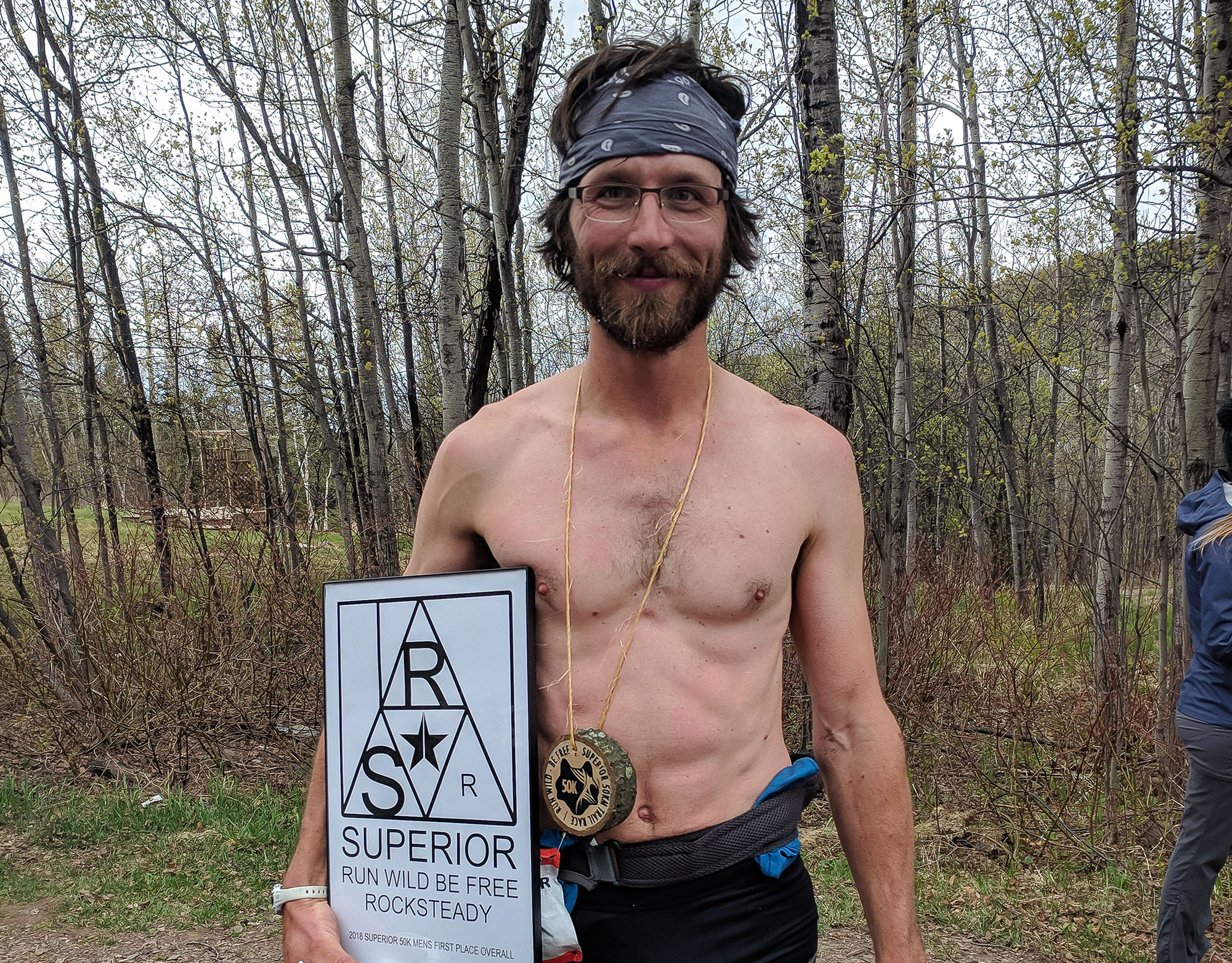 KL: Ben congrats on your win and on breaking your own course record. I saw you maybe a mile and a half into the race and you already had a significant lead, a lead over an impressive field—it was obvious then that you were running with a clear mission. What were your plans or goals for the race and how did the race play out for you?

BC: The warm and dry weather late April into May set the trail up to be about as runnable as it gets. With that in mind, I thought the chances of running a decent time were good as I felt fit coming in to the race.

KL: You seem to have a real love for this course and race. What’s the draw for you?

BC: Hard to articulate, but here is a summary of what brings me back year after year. The trail: it is incredibly beautiful, varied and rugged. The people, the coordinators, volunteers and fellow runners, all are excellent and inspiring.

BC: I have a long history of running trails and the technical aspect has really become second nature for me, which is a boon on this course. I built the much needed strength the trail demands from running trails in Duluth, skiing, carrying kids in backpacks, pushing running strollers, etc. Speed training comes in the form of weekly competitive Northern Minnesota Track Club races in Duluth, and the occasional workout with the track athletes I coach at Denfeld High School in Duluth.

BC: I essentially don’t run from the time snow flies until mid-March. If there is snow on the ground I transition to cross-country skiing and put the running shoes away for the winter. My body doesn’t hold up well to year-round running and I have found that the strength gained in a ski season carries over well to the trail running discipline. Additionally, maple syrup season is a month long strength session leading up to Superior as I snowshoe through the woods pushing hundreds of pounds of sap, firewood and my kids on a handsled.

BC: The race felt great this year. I avoided a low point realized at previous Superiors. I managed the climbs back up Moose and Mystery at a “controlled” hurt, knowing that overexertion here would make the remainder of the run much less enjoyable. The only concern I had early on was how warm it felt and wondering if hydration would be an issue. I decided to shed the jersey after a few miles, which is an interesting task, trying to reaffix safety pins while navigating roots and rocks. I am glad I did though as I am much more acclimated to running a little cool.

BC: Has your approach to preparing for the race changed over the years? Time to devote to running has become scarcer the last several years as my young family continues to grow. I have made a conscious effort to focus on smart training as opposed to just more training. Pushing a running stroller around has me on the road more than I like, but it’s running and time shared with my kids who are always excited to point out ground level discoveries I would have otherwise overlooked. I have found that relaxing from a rigorous training schedule and taking rest when needed, as it often is with nocturnal children, have not really led to a decline in performance. Quality over quantity is the modus operandi at the moment.

KL: Ben thanks again and congrats on another amazing race.