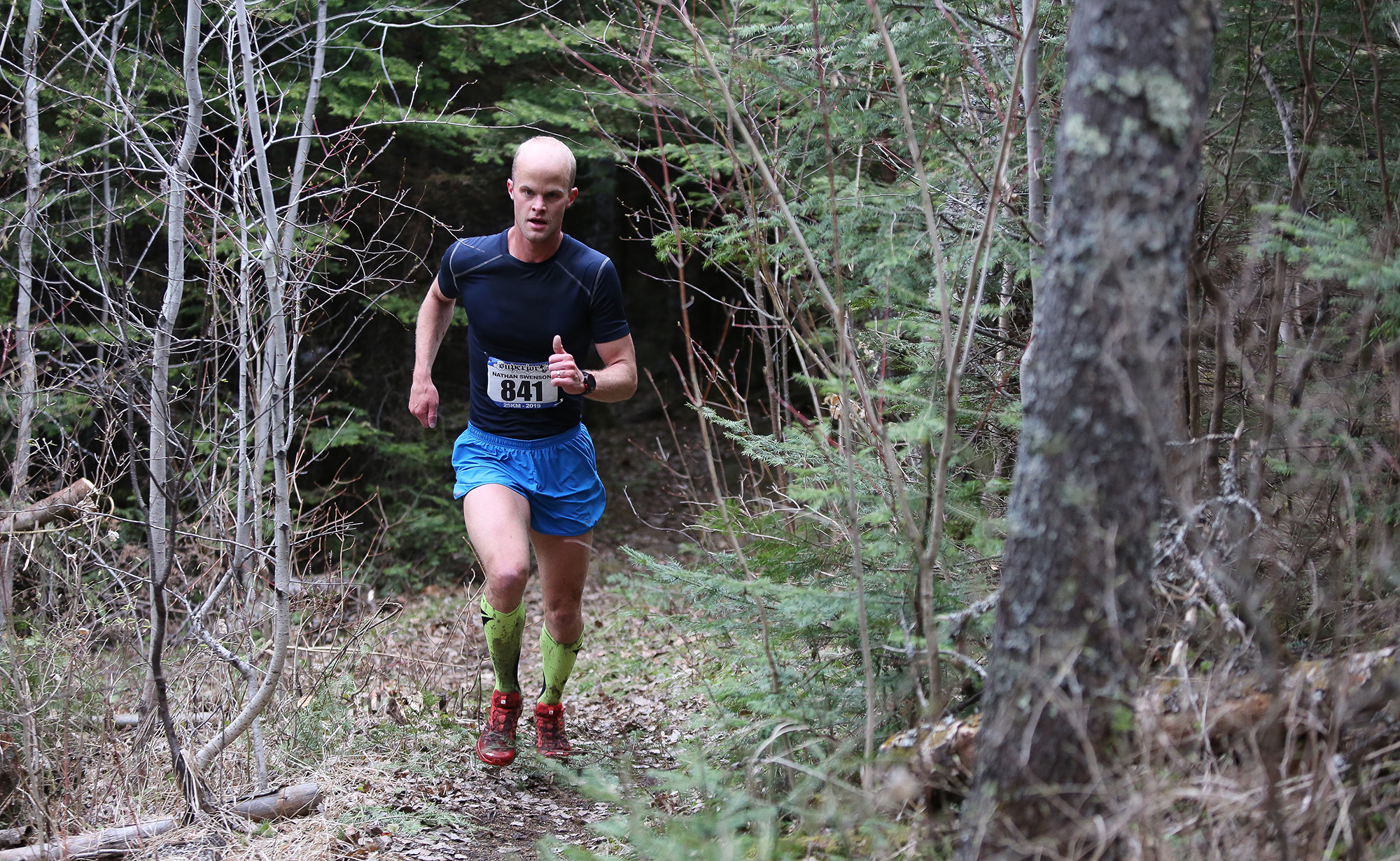 KL: Hi Nathan. Congrats on your win at Superior. You’ve been quietly stacking up a lot of wins on trails. Can you tell us a little bit about yourself?

NS: Sure! I grew up playing soccer and thought running without a ball was boring, stupid, and pointless. I got talked into joining the track team in college (St. Olaf) to keep my speed/fitness up for soccer. I was naturally pretty gifted at steeplechase and probably should have been training more specifically for it. Then after college I found it was much easier to stay fit with running and my competitive edge loved racing on the weekends… thus I really got into it! I’ve always loved the outdoors (many BWCA trips, former backpacking camp counselor in Montana at Christikon where I incidentally met my amazing wife, Barbara!) so trail running fit right in. I kept running/racing throughout medical school (Madison) and emergency medicine residency (Omaha), and am now continuing the trend here in Minnesota post-residency. I live in Pine Island with my wife Barbara (PhD researcher at Mayo in neurology/aging) and work at a couple of emergency departments in the area. We enjoy running together, eating fresh foods, spending time outside, reading Jack Reacher books, and visiting family (mostly in Minnesota & South Dakota).

KL: I saw you at the top of Mystery Mountain on your way out and you already had a healthy lead over a loaded field and you looked determined. What were your plans or goals for the race and how did the race play out for you?

NS: A big goal is always to win but a lot depends on things outside of my control (like who else shows up… e.g. “racing” against Joe Gray & Andy Wacker at the Birkie Trail Half Marathon last September). Really I go after the satisfaction of pushing it as hard as I can and leaving it all out there on the course. If that results in a win, sweet! If not, that’s okay too. To me, pushing hard celebrates the gift of being able to run and enjoy the beautiful outdoors! That morning at the race start it hadn’t rained yet, but there was a really good chance it was going to come about an hour into it. Thus I decided to push the pace early on to take advantage of the drier trail conditions, expecting them to deteriorate later on. But the precipitation kept holding off throughout the race so I just kept pushing! I’ve never shied away from running in front so the aggressive strategy wasn’t intimidating to me. The first hills were gradual enough that I could maintain strong form and keep my momentum rolling. I found that sprinting through the mud puddles was the quickest was to get them over with! The first time up Moose wasn’t too bad but the return trip back up Moose kicked my butt… my apologies to those cheering me on during their descent as I simply grunted & groaned like a crazy person! Back on the other side, I just kept trying to lean forward and hold my form to bring it in on the nice last couple of downhill miles. And it worked!

NS: Running hills at pace. I had some good uphill interval workouts and 15-20 minute tempos on rolling terrain leading up to the race that got my legs okay with the idea of holding fast running form on inclines. Also, no matter what type of run I’m on, I like to open it up on the downhills to practice taking that free speed! There are some nice gravel road hills in my area and a great trail system (Oxbow!) that I definitely take advantage of. Additionally, having this video playing in my head throughout the race really helped: https://www.youtube.com/watch?v=yC1_WWnkZLU

NS: I’ll go really specific on this one. My recent favorite ab / total body movement has been the Pallof press iso hold with a resistance band; hold for 1 minute with trunk-then-hip twists every 10 seconds. Be sure to stand up straight with hips/knees extended. It really seems to get the hips & core muscles firing together which I think translates well to running.

NS: Toughest point was struggle-busing back up Moose on the return leg. Woof. Realistically you don’t run up that but still it’s tough mentally to have to slow down; especially with a guy like Mike Ferguson chasing you. Getting the mojo back up after something like that is pretty tough too, but I just kept thinking about “smooth is fast” and a nice post-race sauna.

KL: What are your upcoming races and goals?

NS: Lots of races coming up! If I’m available and there’s a race, there’s a pretty good chance I’ll do it. Chester Woods 10-mile, Grandma’s Half Marathon, Chester Park Trail 5K, Afton 25K, Lebanon 7-mile in the next 6 weeks! 😀

NS: Q: Has the Boca mafia ever snuck you into a Superclásico soccer game (Boca Juniors vs River Plate) at La Bombonera in Buenos Aires? A: Yes.

KL: Thanks so much and good luck with those upcoming races.