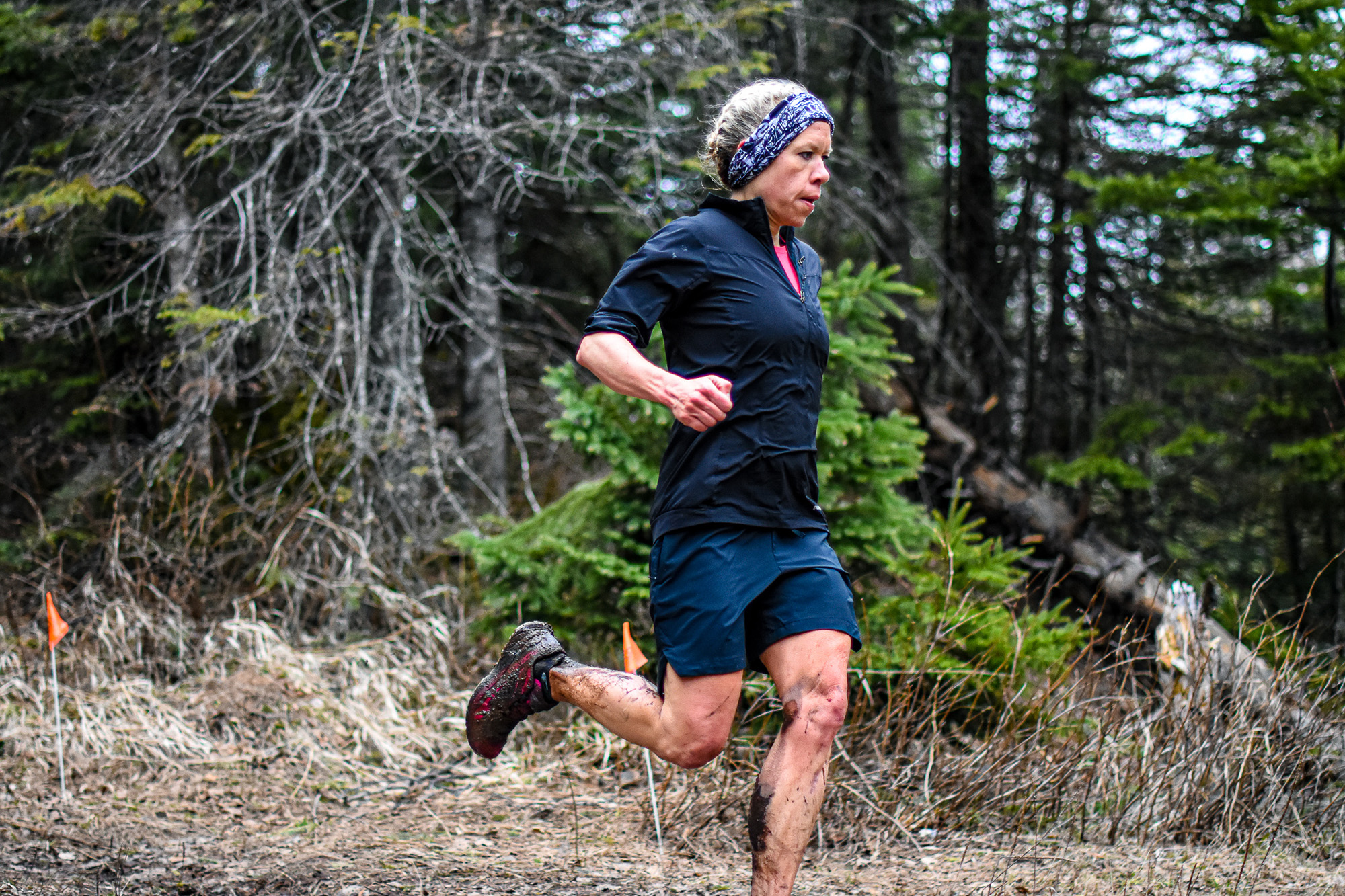 KL: Hi Anna. Congrats on your win at the Superior 25k. Can you tell us a bit about yourself?

AL: Sure. I grew up in Southern CA. I moved to Duluth at eighteen. I didn’t run in high school. I only ever wanted to be a gymnast but it wasn’t feasible for my parents with five kids. In my early 20’s I ran here or there but nothing far. I eventually started attending races with friends but never enjoyed it. That is true up until the first time I ran on the SHT. I felt exactly like a kid in a candy store. I remember running WAY too fast. I didn’t get far! My excitement got the better of me. Like a kid eating too much candy then ending up with a belly ache. I just naturally started to enjoy running once discovering the SHT.

KL: You’ve been running this race since 2012. I count this as your seventh finish and fourth visit to the podium (though she’s never placed lower than fourth)! It’s obvious that you love the race and that you do well here. What is it about this race that keeps you coming back year after year?

AL: This is my favorite race! I love running in the woods on single track. I love the technical sections. There aren’t many races that I’ve experienced that have the technical downs like the Superior 25K. I enjoy that the most. However, I do enjoy the climbs as well. Keeps things fun and different. It’s not a boring race, that’s for sure!

KL: What were your plans or goals for the race and how did the race play out for you?

AL: My only plan was to start a little further back than I normally would to keep me slower in the beginning. This race is a little early in the season for me so I’m always on the nervous side about making it through feeling good and not defeated. I’ve experienced races enough times going out too hard that you’re just not quite ready for. I wasn’t going to do that. So it played out well for me because I had a strong finish and even if not a PR, it is quite fun to push the finish when you’re feeling strong.

AL: I think the fact that I’ve done this race a lot. I feel like there is muscle memory. I also stay active year-round. I’d rather ski in the winter than run. That keeps me strong on the hills. Then it is just a matter of getting in a few trail runs beforehand if the weather allows. If not, I’ll just continue running road but try picking hillier routes.

AL: I’ve been going to a kettlebell class for 10 years. It helps to keep me agile and strong. Adam Dailey instructs, which is the key. He’s good at what he does. He’s like a secret weapon. But kettlebells are great for core, functional strength, and overall conditioning.

AL: I really didn’t. I felt good the entire race. I started slow enough that I was able to just keep clipping along at a good pace. Other years or races when things get tough I just keep pushing through. Sometimes it gets better, sometimes not. Sometimes just wanting the misery to end is enough to help push through tough moments. I tell myself, “It’s only going to take you that much longer if you slow down here.”

AL: Q: How would you best describe racing on the SHT? A: It feels like you’re in a video game when things are going well and you have a steady pace. That’s exactly what it feels like.