Heed the Bodacious Depth of This Trail – An Interview With 2018 Superior 12.5KM Men’s Champion Wynn Davis 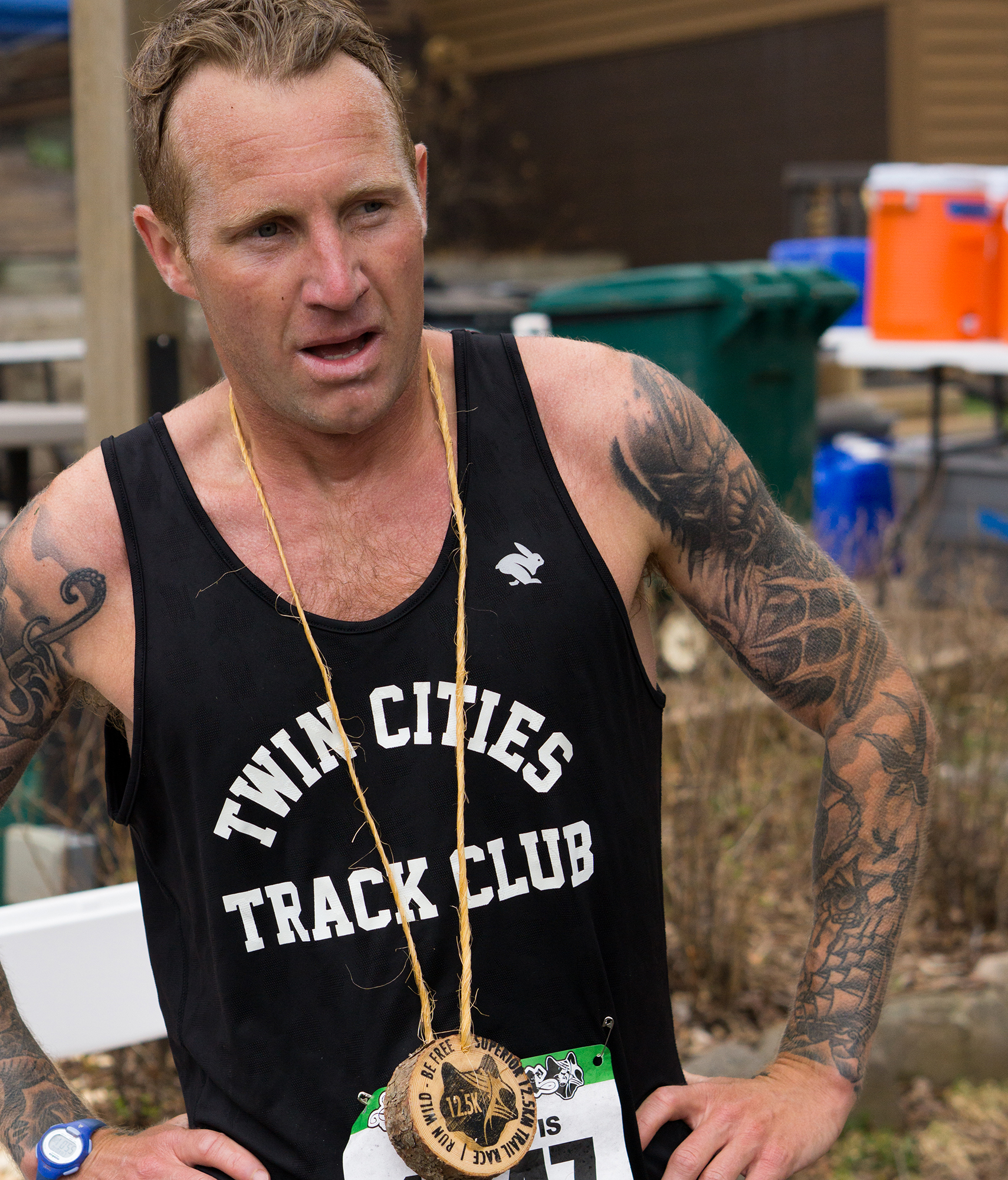 KL: Wynn, congrats on your win and new course record (54:48). I walked the course backwards and saw you and Jake Hegge, owner of the Superior 100 course record, just battling with maybe a couple miles to go. It was a really neat thing to see. Please tell us how your race played out.

WD: It would have been an exciting-to-witness race longitudinally if logistically possible. Like many upper Midwest trail runners, Jake and myself were quickly introduced and humbled by technical single-track, particularly the maniacal hysteria that the SHT divulges. We jockeyed back and forth for the majority of the race. Jake had experience of the route previously, so it was helpful to platoon. I had not run this particular stretch before, so I was curious as to how it would unfold. After patches of rooted hopscotch, rolling hill and dale, and boggy board crossings we manufactured a decent clip where we had not busted a leg yet. Jake decided to make a move on what I perceived as a poignant landmark of the course, a steep, technical, and stretched climb that had us reeling by the time we summited. At the pinnacle we were still together and I decided to go in front again. A second climb awaited as the trail doubled back. I felt that if I reached the road I could use my road or tempo work over the past year to get more leg speed through the final stretch.

KL: You’ve run a lot of miles at Superior and have won a lot of races there and still hold the record for the Moose Mountain Marathon. But this is the first time, at least for the modern course, that anyone’s run north of Lutsen. What are your impressions on the new course?

WD: If I had to make a comparison to half of the perennial 25km course I would say that it is a bit more technical, which slows things down. There are some good climbs including one predominant one. There is a gorgeous panoramic at around the half-way mark that overlooks a swath of standing pines and lake below. The standard rocks and roots remind you of the unbridled beauty and challenge of the trail. Overall, I feel it is a more “wild” section. I love racing on this trail, but with the amount of mental tenacity it takes, I would always encourage runners to go back and leisurely fulfill all of what it has to offer through volunteering, or meandering. Take time away from racing to heed the bodacious depth of this trail.

KL: Your name doesn’t show up for trail racing last year, but this is your second win this year (with The Willow 20 miler). Were you injured or just busy last year, and are you doing anything different this year?

WD: Last year was somewhat of an anomaly. I had to drop out of Superior 50 mile and the Birkie trail marathon. I was “kind of injured” with piriformis in my left leg, but the odd thing was that I could still get in my mileage and workouts. The crux was anything after twelve miles, especially in a race format, would leave me very one dimensional and flat. I raced a few times last year. 15:18 5km, In Yan Teopa 10 mile, and a perfunctory performance at Hixon 25km, a race I am excited to return to. Jake and the crew have a wonderful spread. The last six years I have been averaging between 4,300 – 5,300 miles per year. Over those miles and years I believe variety in racing distances is critical to mental and physical longevity and optimal performance. Over the years I have also learned that perennial stretching and light weight training is key for consistency.

WD: I think not over doing my training early in the spring helped quite a bit. One of my favorite workouts on the treadmill over the winter each week is a tempo run I do. A two mile warm-up, five—seven miles at 5:18 pace and then a two mile cool down. Coming into Superior I knew I would definitely not be in trail shape, mainly mentally, which can slow you down believe it or not. It’s like sharpening your “Simon Says” memory skills. Despite how fit you are, the SHT has a way of leveling the playing field in many ways. Adapting to your surroundings certainly can help a bit more. Stretching and strength training have helped me in running. Not being afraid to get too incestuous with just one race or over-racing. Just having fun out there. Running that race I thought about the day Larry Pederson and I spent an entire day clearing blow-downs from Oberg to Lutsen, or spending time with my folks as we worked the Sugar Loaf aid station one year and I lacquered Allan Holt’z feet with Vaseline, so he could carry onward. Doing beta runs with John, Duke, Eve, and Pierre, with Larry manning the van. Good times.

WD: I have been teaching high school art for the past 15 years. My personal artwork is a direct extension of my experiences in the outdoors. I work primarily with graphite pencils. Included are some of my pieces from the trails.

Also, one of my goals is to try for what I have self-proclaimed the “Superior Slam,” winning all six distances. I just need the 50 mile. I would also like to try and break my marathon record, or Hartmark’s 25km the year we battled it out. I am also tinkering with a possibility of a FKT supported attempt of the SHT. Fun things to think about!

KL: I see you’re registered for the Black Hills 50. I look forward to seeing you flying by me on course at some point. Good luck out there! 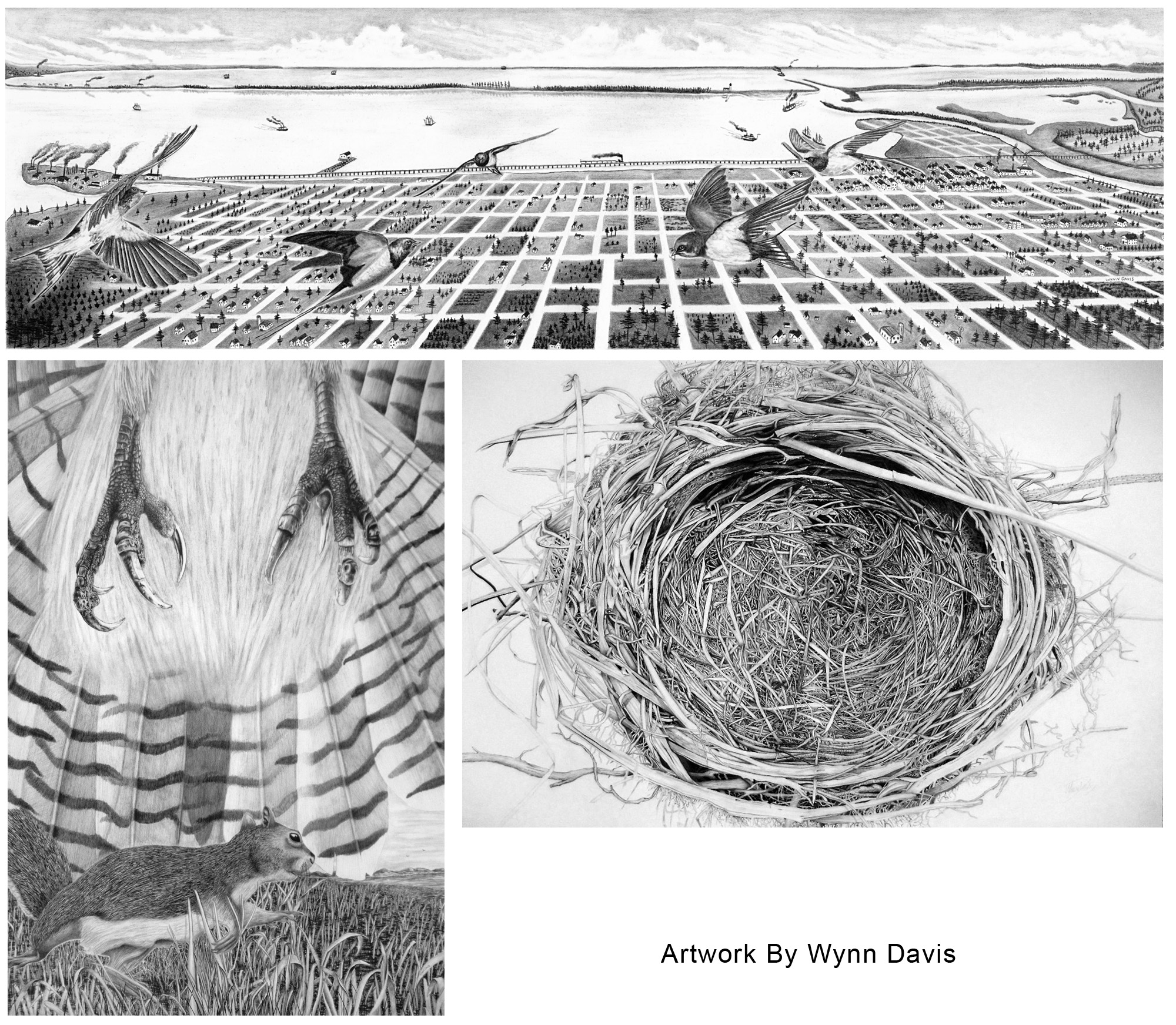